Well done to all the Rutland riders in this years Monsal hill climb. Marc Etches and Sheffrec put on a great event once again and the large crowd must have been inspiring for the riders. There was only Jamie Burgan, John Smallwood and myself at the meet for 10:00 am and we arrived just in time for the start. 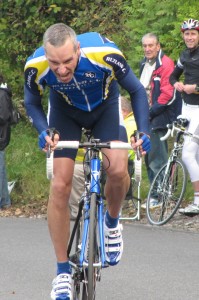 First Rutland rider up the hill was our veteran Steve Ellis who rode up like a twenty year old. Steve didn’t ride into anything (has a bit of history here!!) and got 2nd place in the gurning competition.

Next up was Sarah Birkby. All that grimacing and puffing on the tea cake was obviously worth it and she floated past the point where I was stood. 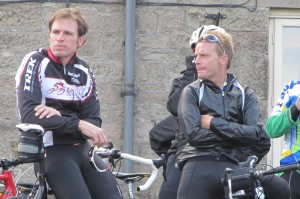 I didn’t catch her time but she certainly looked quicker than the women who had gone past me earlier and much quicker than these 2 Rutland members who are now too slow to even try it. If only she didn’t have the extra weight of that helmet… 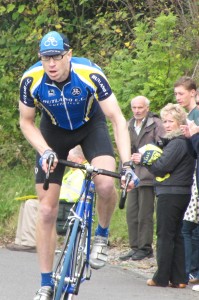 Michael Birkby was up next at number 49. Seen here with the endorphin stare wishing the finish was closer and demonstrating Einstein’s special theory of psychological relativity whereby time slows down in relation to how much your legs are hurting. 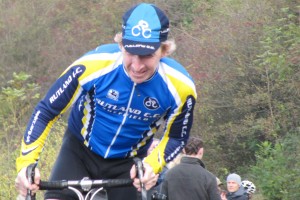 Into the top half of the field and Robert Stewart came up the hill at number 64 posting a 2 mins 12 secs. 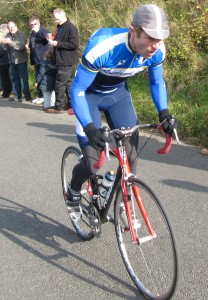 Twenty minutes later and Richard Lindsay flew up to post a 1:52. Twenty seconds faster than Robert but still outside Steve Ellis who by now had been at the top of the Rutland leader board for almost an hour and a half.

We were now waiting for lightning Nick Latimer. He went past me so fast I could only get a slightly blurred picture of him so no picture Nick, sorry. Fresh from his victory in the previous weeks Pea Royd Lane hill climb Nick came in with a storming time of 1:38.7. putting him well up the overall classification. 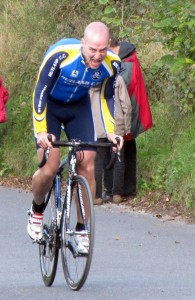 Only 2 Rutland riders left. Would Danny or Tom be able to beat Nick’s time. Danny tried but only just failed, posting a time of 1:40.1.

He does however win first prize in the gurning competition and please Danny, next year, can you borrow Sarah’s helmet so you don’t mess my light meter up. 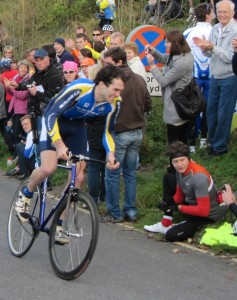 Last Rutland rider up was Tom. Pushing a fixed he flew across the finish but he also failed to topple Nick posting a 1:41.2 although he told me later he’s come up that hill quicker in the past.

A few minutes later Russell Downing crossed the line and claimed victory with a 1:20.5. If Sky haven’t re-signed him for 2011 they will now once Brailsford hears about this.

Thanks to all the Rutland riders for turning up. There were some riding up who were even bigger than me so next year…..

And well done Marc and Sheffrec for a really professional event.

Full results can be found here.