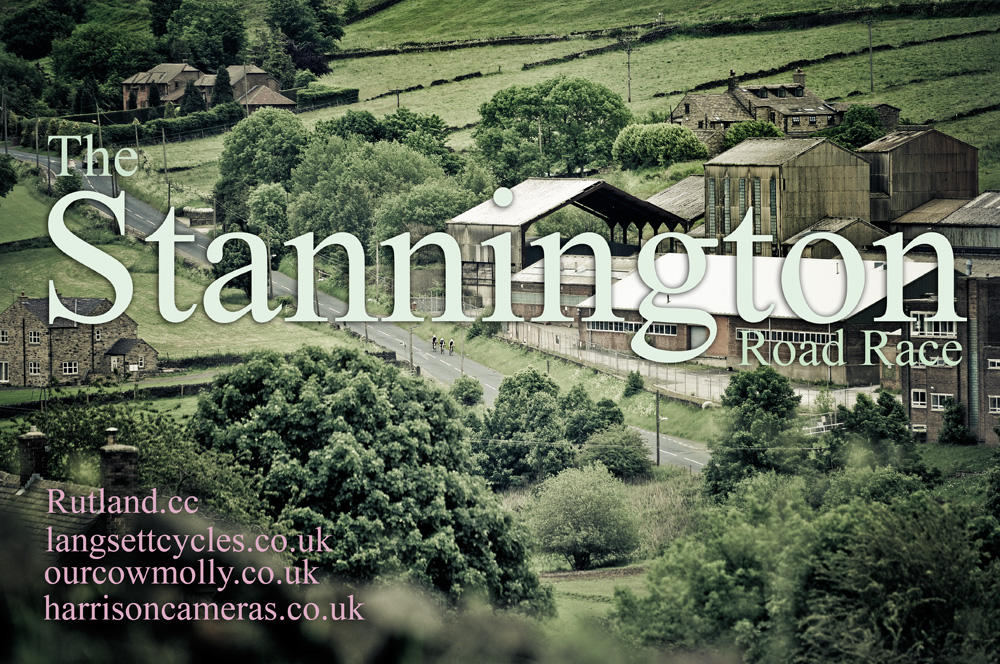 Firstly let us just a MASSIVE thank you to all the Ruttlers who came out and helped to put on the race on Sunday. You all did a fantastic job and helped to make the race such a great event and an absolute credit to the Rutland CC. Numerous riders commented on how good the marshalling of the race had been so give yourselves a pat on the back!

Special mention must go to James Thompson who has been putting in loads of hard work behind the scenes to make this event a reality. What can we say…THANK YOU TOMO !!! The hard work was definitely all worthwhile. You did yourself and the club proud!

Thanks too to the event sponsors, Langsett cycles, Our Cow Molly (damn that ice cream tastes good!), Nourish me now shakes, Bradfield brewery and Harrison cameras.

As for the race itself, well it was tough. Very tough! Many riders from the field had had enough after one climb up to the finish. For the rest of the field, there were 16 more laps! The main break of the day was forged early on when chain gang regular and officially the fastest student in the country, Tom Stewart (RST) broke clear with the Team Hopes Sam Boast. They quickly established a good lead of over a minute and looked all the time they might be contesting the win.

It was good to see that the riders were keen to contest the Our Cow Molly KOM points. Early on it was looking like a a hotly contested competition but as soon as Tom and Sam had broken away, there was only ever going to be one winner. Congratulations to Tom for lifting that award. I think he led through on five of the counting laps so there was little to test Nick’s special spreadsheet.

As the race wore on and the main group gradually narrowed down, we were all expecting a reaction from the bunch. The gap did fluctuate a fair bit but the consistent work rate from the front pairing kept the bunch at bay.

With two laps to go Martin Ford, who had looked very smooth all day, shot out of the bunch and showed some real class to cross a gap of well over a minute in a lap to bridge over to the leaders. I fully expected him to go straight past the front two and take the win but as the riders homed into view for the last time, all three were together. It was Sam Boast who proved to have the best kick to cross the line just ahead of Tom Stewart with Martin Ford coming over in third.

Next up came what was left of the bunch. The vast majority of the crowd were cheering for another chain gang regular Dan Storey. Thankfully Dan was up to the task and led the bunch home for a fine fourth place. Well done Dan!

Special mention must go to another local rider, James Baillie who had been looking very strong in the main bunch all day. Sadly the race proved to be a few laps too long for James but he battled on valiantly and finished the race just outside the top 20. Next year I predict he will be competing for the win!

Well done to all the riders who competed and completed the race. This was a hard event so hats off to you all.

Finally, we have to thank out very own Social Sec and professional photographer Brendon Tyree who has once again stunned me with an absolutely cracking selection of shots that really manage to capture the day. Enjoy Bren’s photo diary here.

ps For those people who did help out on Sunday…remember you are now half way to free membership next year! You only need to marshal at two Rutland events in a season to claim free membership for the following season…bargain…