A good day for the Lowthorpes !!! 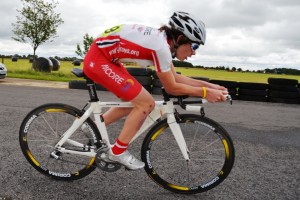 A few weeks ago my little brother Ollie came over to compete in the English Schools time trial championships at Darley Moor. He was up against some pretty stiff competition including some of the best from our region. It was also the first time he had ridden on a proper time trial bike (he borrowed mine).

The weather as per usual for Darley moor was very windy and just after the start the rain came pouring down. However he took it all in his stride and clocked a very impressive 24:29 to win the event !!! Top work Ollie.

Then in the afternoon there was a 2/3/4 crit and so up I stepped. Luckily for me the rain had stopped and the field was looking a little depleted. I took it to them from the gun and managed to force a move of about eight or nine riders by the end of the first lap. We stayed together for the first part of the race but with seventeen laps to go, I attacked again and got a gap. Shortly after I saw another rider coming across the gap so waited for him and then we worked till the finish. As the finish line approached I managed to put in final surge and took the win.

All in all a great day to for the Lowthorpe brothers !!! My brotehr in law was on hand with his camera, see the attached pictures. 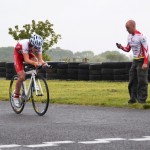 I was supposed to be giving time checks...I didn't do very well...When the big hand gets to the top...he's up!!! 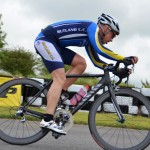 A skinsuit shot that doesn't make look thirty stone...result !!! Even my ankles look quite thin. 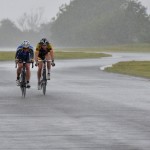 Before the end of the race...it proper p*ssed it down.... 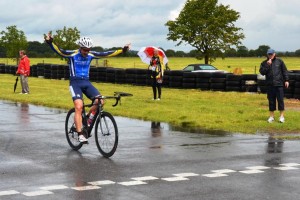 It's always good to get the arms aloft !!!

1 Comment/posted in Uncategorized /by Danny Lowthorpe
← Who’s that in the background…
RVO 2011 Evening road race…a great night for the Rutland! →
1 reply