Egged on by Peter McNally to have a bash at Darren Otter’s 18 year old club record of 277.26 miles Joe LeSage rode the Breckland 12 at the beginning of August and crushed it by a mammoth 0.62 miles, a whopping 0.21% increase. 277.88 miles.
Setting off at 6:12 in the cool, early morning for the 40 minute stretch to the A11, everything felt good and so it continued. Food & drink were going down well legs felt great, average speed was rising but so was the mercury.
Joe went through six hours at 24mph, just as the heat was really starting to bite. A five minute stop to replenish supplies and drench himself in water, and he was down to 23.8mph. The next two hours were rough. Temperature hit 30 degrees, with a relentless sun reflecting and radiating off the road.
A second stop at eight hours and the speed dropped to 23.5mph. Joe felt the club record was on, but it could all hang on when they sent him on to the finishing circuit.
As he came back round at 9.5 hours he desperately wanted to get off the main road and onto the lanes of the finishing circuit. He knew though, that he needed another lap on the A11. As he approached the roundabout he could see the marshal by his car getting ready to direct riders off the main road. He snuck through by a few minutes, and tried to put some power down.
With just under two hours to go, with 230 miles on the clock he left the DC and headed onto the Norfolk lanes. Undulating grippy roads and a rising wind sapped speed and strength, and by the time he hit the final hour he needed over 20mph to make the record.
If you’ve never ridden a 12, the final hour is the best bit. You can’t gain or lose too much, the hard work is done and there’s generally a good atmosphere and lots of support. That is, unless you’re chasing a distance. The final hour was hell. Despite getting caught up in some farm traffic he passed the old record with less than two minutes to spare crushing it by a mammoth 0.62 miles…..Sorry Darren, you’ve been well and truly robbed. 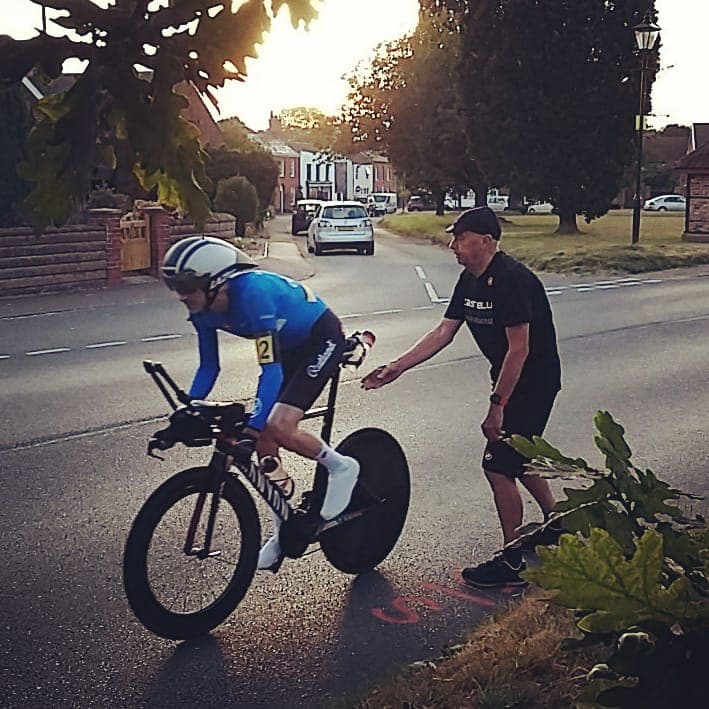